Folklore and politics in corpore sano 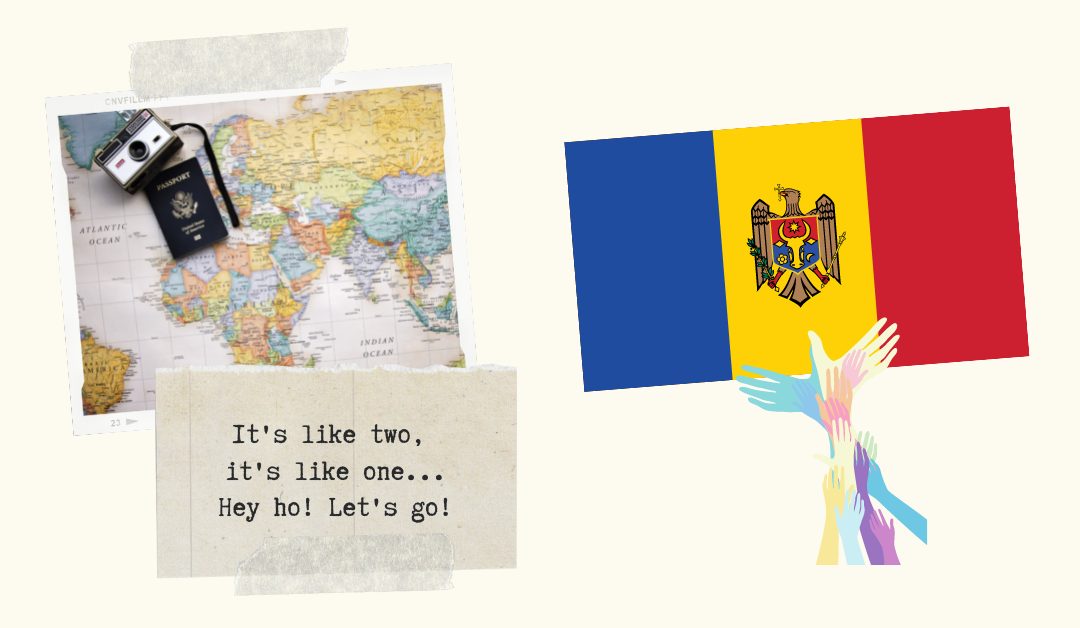 Ukraine’s victory in the Eurovision song contest is not very surprising, but there was also another country that launched a strong message of extra-national unity: Moldova.

It’s song faithfully represents traditional folk rhythms with the addition of a modern touch: the verses themselves repeat “folklore & rock’n’roll!”

Jovial, cheerful; invites you to smile and laugh out loud; festive, carefree: it treats a profound topic lightly. The theme of the song revolves around the Trenulețul or the “little train” that connects the cities of Chișinău in Moldova and Bucharest in Romania. The two countries are indeed separate but their past is closely connected; today they continue to share the same language.

The two flags are in fact the same: a vertical tricolor, blue, yellow and red; the only difference from the Romanian flag lies in the addition of the Moldovan coat of arms: an eagle holding a shield depicting the head of an aurochs.

The train travels the long distance for about ten hours and, from fatigue (poor train!), It does not recognize one country from another!

With extreme sympathy, the group led me to think about the fictitious borders that separate “two” countries that, personally, I have never been able to perceive as such.

This edition of the contest, in fact, I was a great supporter of Moldova rather than of Romania itself, a country that recalls part of my origins.

I have always expected this from the competitors in the Eurovision competition: a faithful and updated representation of the country of origin, or an absolute and sparkling novelty.

Zdob şi Zdub & Advahov Brothers have managed to achieve the perfect combination: a sparkling folklore! Well done! You deserved the very dignified seventh place, immediately after the thrills of Italy.

The history between and in Romania and Moldova is a symbol and a united voice of all the disputed territories.

The great powers, from the times of the most ancient empires to those of humming drones and pixelated holograms, have done nothing but divide up pieces of each other’s land. An endless game of military strategies and lies and cover-ups and innocent civilians in between.

For the immediacy given by the choice of elementary but extremely significant words, Moldova deserved the podium or, at least, the Best Lyrics award.

Long live the nationalism inherent in the local culture.

Long live the breaking down of borders.

Long live the embrace between the most distant brothers.

Because this is what we all are. Brothers.

Good also Serbia and honor in its fifth place! I wish a mens sana in corpore sano to everyone!

Italy has invested in this contest only since last year, thanks to the cup won by the Måneskin. Despite being one of the Big Five (the five founding countries of the competition, together with France, Germany, Spain and the United Kingdom), he has always preferred to guarantee attention (only) to his personal festival.

I, a foreigner in this land, thanks to Eurovision I relive the times of childhood.

The tender foresees the participation of European countries, but not only; each country is chaired by a jury that can vote for any competitor, for a total of eleven (out of twenty-five total in the final), except their own. Ideologically, the assignment of points should take place by judging exclusively the merit of the artist and his performance, purging the judgment of any political influence.

Certainly this latest edition was not needed to demonstrate that ideology remains and will always remain on paper. In fact, many countries support each other by virtue of much higher and more intricate interests.

In this article, I wanted to cite stories obscured by world events and by the contradictions of Eurovision itself, which promptly excluded only one of the war-fomenting countries …

At the very least, I hope that Ukraine’s victory will mean an end to the conflict: the next edition, in fact, will be held in the land of the winner.

Will peace therefore be achieved on European territory? Will the utopian painting, represented by artists of different languages, spread a noble message even beyond its borders? In those forgotten lands such as Palestine, Yemen or Afghanistan?