The fox called Occident and the tortoise called Orient 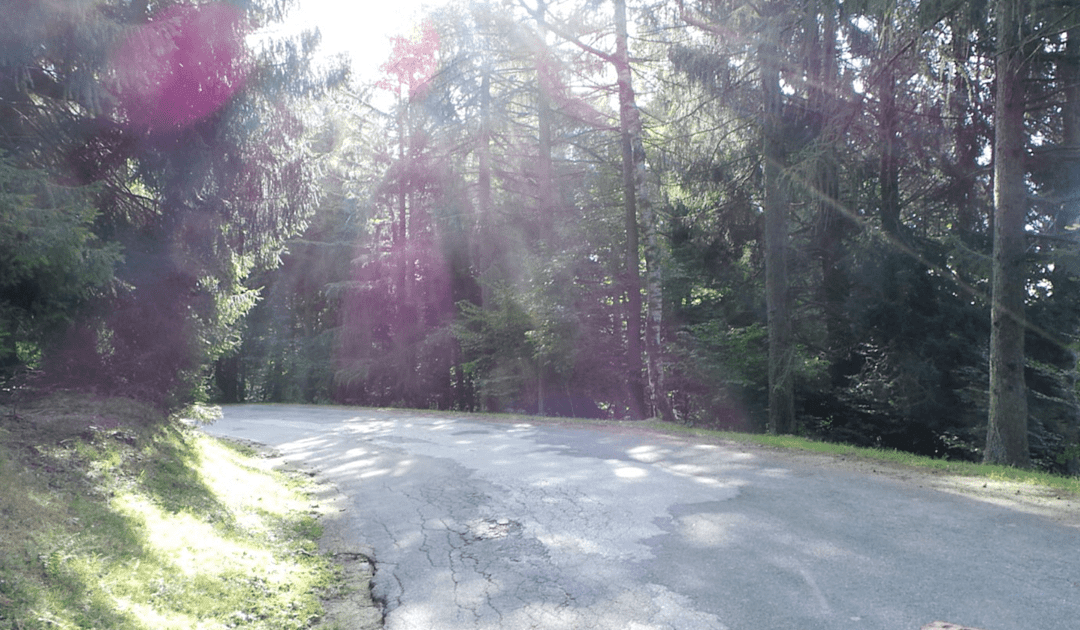 One day the fox called Occident and the tortoise called Orient met on the Great Road of Life. Agree, they decided to share a meal: what happened?

Occident got busy rummaging through the provisions he was carrying, but since his diet had little in common with that of Orient, he felt disconsolate and sad. Seized by anguish, he began to wander around grabbing fruits left and right with trembling legs and growing dissatisfaction. He took a quick glance at Orient which, with unnerving slowness and inopportune tranquility, gathered a few leaves at a time. Irritated and animated by an angry snap, he let the whole wretched crop slip from his paws, trampling a large part of it in the clumsy attempt to regain possession. With his back to Orient he snorted and started it all over again.

Meanwhile, having seen a large round log at a short distance, Orient walked quietly in that direction and delicately placed his red and white checkered placemat on it. He calmly but firmly grabbed an old melon shell from his backpack on which he gradually laid it, several fresh salad leaves and some berries from his previous harvest. It was certainly a poor meal for his special guest, but he was willing to sacrifice his portion. Orient was a very nice strong turtle! Having finished his part of the preparations, he sat down to wait for the fox.

He had heard so much about Occident. Shrewd, crafty, hyperactive.

‘What does that turtle stop there? Wait for me to hunt the loot for both of us? Bah… I rather do not eat, no no! I certainly do not let myself be fooled, no no!’

Giving up the harvest of certain fruits that he was not even sure were edible, Occident tore a handful of grass and went to the makeshift table, theatrically emphasizing his puffs in search of fresh air.

“Tiring, huh?” He exclaimed reaching Orient, “Certainly not a fertile ground this, no no!”. He had to try hard to get rid of his stunned expression when he saw the salad and berries basket together with a nice loaf that Orient had surprisingly pulled out of the bag.

Sending the lump down his throat, he hid those miserable tufts of grass behind his back and sat down.

“Help yourself dear Occident, you will excuse me if I do not accompany you but I have already come from a hearty meal”.

So Occident chewed his lunch, unable to hide that he didn’t like it at all. However, he refrained from commenting. He was waiting impatiently for an intervention from Orient, but he couldn’t make up his mind to speak: he stood there, smiling, turning his gaze when to a singing blackbird, when to a colorful butterfly. He seemed to be enjoying any sound, even the rustle of the wind in the leaves. He gave the idea of ​​being simultaneously absorbed in thoughts and fully present. ‘What a paradox … a really weird guy! And why doesn’t he speak?’ Occident chewed quickly and in awe. At one point, he burst out nervously in a speech of which – let me tell you – it was not clear neither head nor tail.

The tortoise called Orient listened courteously and focused to each word, nodding gently from time to time as he metabolized the disconnected information. After several minutes, the fox called Occident ran out of ideas and fell silent. ‘What are he waiting for to answer me? He doesn’t even know what to say, but you look!’

Orient stood there in silence to analyze the monologue of Occident and took a few minutes before uttering a word. He spoke a few sentences, but what sublime words came out of that spout! Orient was just a wise and intelligent turtle! The fox called Occident soon lost his temper and persistently interrupt his host. Orient, for his part, maintained his lucidity, patiently accepting the ranting of the fox.

Later it became apparent to the tortoise that the poor Occident had no idea what its purpose and direction were. The fox burst into tears: he trembled, mumbled and took it out on himself and on the whole world. How much sadness Occident felt, sadness that he did not admit and that he could not even understand. He was just a fragile fox…

Orient spelled out his best advice but Occident was deaf, unconscious and stubborn.

“Naive turtle, that’s the road, can’t you see it? How can you say that the best route for you is that? ” he sentenced him pointing with his paw trembling from nervousness a dirt road, “That path ends, how are you going to continue then? It is a dead end. The right direction is just that!”

“My dear Occident,” the patient turtle began to say, “That path is mapped out. It already exists so it’s not yours. Someone else in the past created it first, but he did it for himself, because that was his path. I agree that many others after him have undertaken it, but have they arrived at their destination? Only you are able to understand which path is destined for you. But the latter can only be conceived on the street. It is enough that you start, everything will be clearer every day”.

The fox called Occident was no longer willing to hear the tortoise ranting in such senseless philosophies. Pretending to be busy so as not to help clear the table, the fox offered his best phony greetings and walked away quickly. With his tail straight and proud, the fox chuckled, imagining the turtle wedged in thick vegetation. ‘How foolish he is! But I don’t, no, no! I am really smart and crafty, I will be home in no time and I will wait proudly for him, oh yes!’

The journey and the arrival

The tortoise called Orient was very sorry because he felt he had not been useful to Occident. Collecting his few possessions, he walked along the unpaved path. How many challenges he had to overcome and how many traps to win in skill! It was a really long journey, and a long one for a turtle means a lot!

Many years later, after passing a group of jagged and sharp rocks, the turtle reached a lush and flowery clearing where the sun shone in a sky as clear as he had ever seen. He was Home now. The turtle was warmly welcomed by some of his old friends who offered fresh fruit as a gift.

The tortoise called Orient scanned the surroundings for days, but found no trace of the fox called Occident. He thus began to ask those present if anyone had ever seen the fox and the turtle regretted how everyone was saddened to hear his name.

“What happened to the dear Occident?”

“Oh, sweet Orient… the poor fox got lost on that smooth concrete road…”