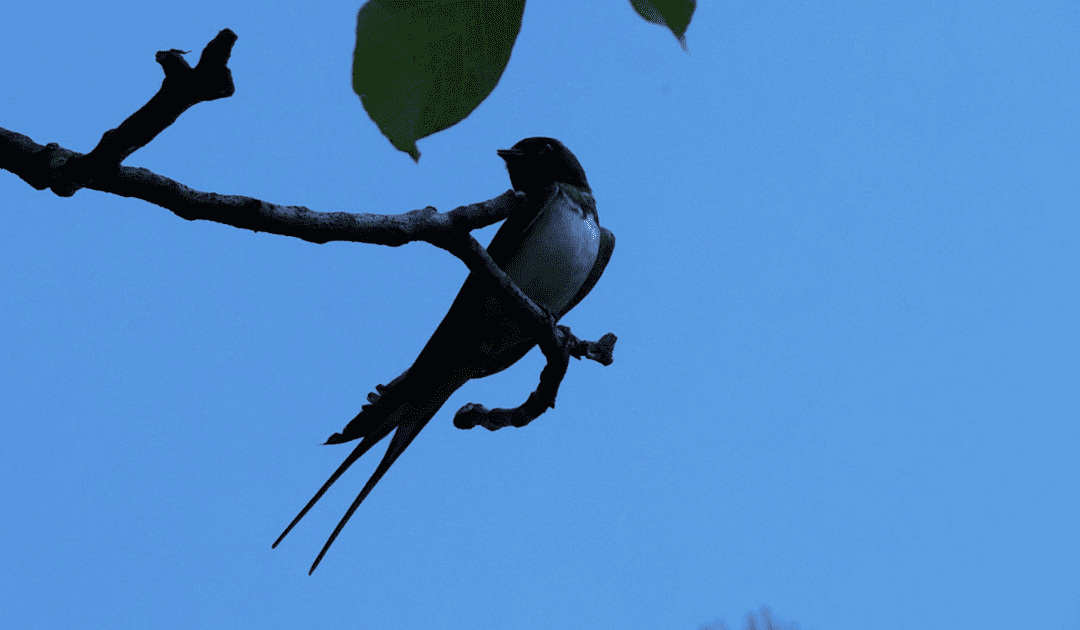 There were once two swallow sisters willing to help the world: the first departed early from the nest, the second did not. Which of the two found herself more satisfied?

On a beautiful day, proud of its clear sky, a swallow was aiming far at the horizon from the slender twig that supported her. She suddenly realized that she was quite impatient to take off and so she approached her sister and mother swallow, chirping eagerly: ‘I want to help sad and lonely animals, I want to be useful!’

Upon hearing those words, the sister swallow, more introverted and calm, nodded in agreement: ‘I would like to be useful too’.

Listening to her daughters, mother swallow said only this: ‘I will not force you to do what you do not want’. Then she took off, anticipating her daily stroll. The introverted swallow thought she saw a tear on her mother’s sweet beak.

A few days later, at the end of the preparations for the trip, the extroverted swallow was no longer in her feathers as enthusiastic as she was. She constantly chirped ‘I’ll be useful, I’ll be useful!’ The introverted sister and mother swallow endured the excited shouting patiently.

The moment of departure arrived: once the pleasantries were over, the swallow left.

It took her a few days of flight to work off the adrenaline. On a cloudy day, from the top of a pine branch, she noticed a finch that had fallen from its nest. She approached: the child was a little stunned but did not seem to complain of particular pain. She then searched for her nest but found it was empty. She waited next to the puppy for a long time, but no one came to claim him. And so the little swallow adopted the finch for a given period, helping him to feed and teaching him to fly. When the little boy said he was self-sufficient, he thanked her gratefully and flew away.

The little swallow set off again. She was proud to have been helpful and to have helped. In a moment she felt a faint feeling of faintness, but she did not last long and paid no attention to it. Days later, the little swallow chirped pleasantly from the center of a thick canopy of oak, when she became aware of a suspicious and out of place presence. She spotted irregular movements in the foliage a short distance away but she saw nothing. At a certain point a disconsolate meow started and so the swallow understood: it was a cat stuck on the tree. Funny. She had heard similar stories but it was the first time she had ever seen it with her eyes. A little afraid of the unexpected creature, she slowly approached unnoticed. Having identified the animal, she decided to peck its tail: the cat jumped off the tree landing on the ground perfectly on its feet and ran quickly away with its fur standing up in fright. The little swallow was once again happy and yet she felt something slipping away from her… she did not think about it and she started off again.

In the years that followed, the swallow never had a permanent home. Whenever she happened to encounter an animal in distress, she would help him and then she would leave. Sometimes she received thanks and gratitude, at other times she was totally ignored. Over time the little swallow was filled with pride and with that same pride she stifled a feeling of discomfort that she could not understand. One day she decided to return to her nest to tell all of her adventures: ‘They will be proud of me!’

After a long journey she reached home and found her sister busy there. ‘I’m back, dear sister, I have so much to tell you! I will wait for Mum’s return ‘.

The swallow sister burst into tears. ‘Mom has taken the flight from which she won’t come back’ she chirped her with such deep sadness. The extroverted swallow felt that boulder that had been borne by her heart for so long explode. She decided in the following days to stay next to her sister to give her some support. She discovered that the mother swallow in her last period had needed assistance and her sister had not failed to give it to her, although she said she was very sorry for losing her patience, sometimes. When they mustered both strengths, the outgoing swallow told her sister about her travels who was thrilled. Each of them, however, began to feel disconsolate because they felt that the other had been more helpful, more useful.

‘I’ve never left the nest’ began one ‘and I haven’t done much in my life until now, but you have traveled and met so many different animals, you have been so useful!’

‘I have known many, yes, but I was useful too far from home, where it was really needed for nothing!’

‘Wherever help is needed, my dear,’ her sister tempted to comfort her.

‘Anywhere and at any time, and I will never be able to fly from one point to another to meet all needs, how sad!’

The swallows all their life felt the pains and injustices suffered by other animals as their own. The frenzied pursuit of the first swallow had taught her not to ignore the needs of her closest loved ones. For the second swallow, staying in the nest had been invaluable in learning how hard even the simplest challenges turned out to be.